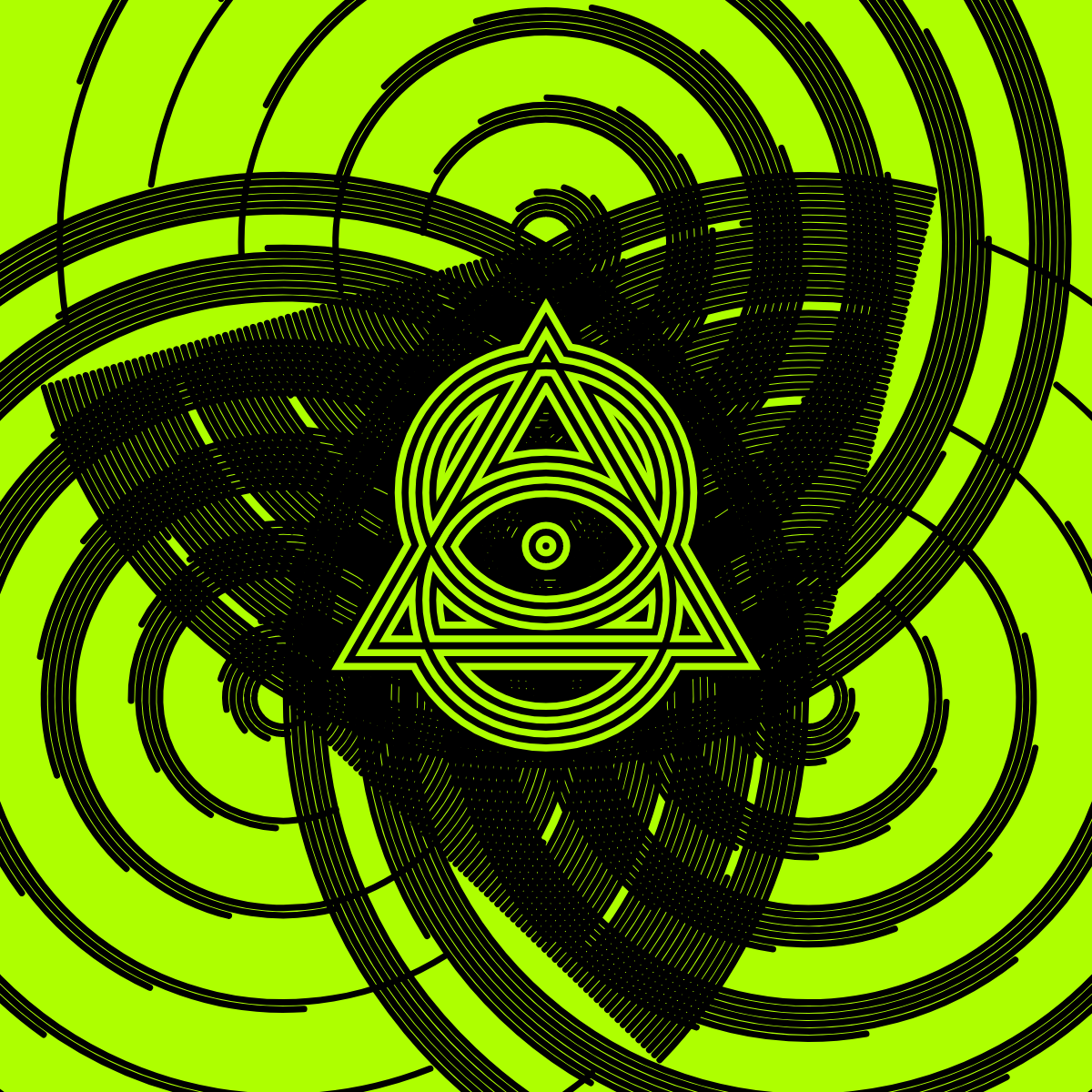 All Hail CryptoGodKing #0, arbiter of value and purveyor of prosperity

Steve Pikelny, is a Brooklyn-based software engineer and multimedia artist whose work has pioneered crypto-based art and, more generally, internet-based art in the post-truth era. I sat down to talk to Steve about CryptoGodKing, which is his first foray into the NFT space. Below is the transcript of our conversation.

CryptoGateway: Hi Steve, thanks so much for joining me today! I've been a big fan of your work since I first came accross FastCashMoneyPlus.biz back in 2018, so I was really excited to talk to hear that you were releasing your first NFT, CryptoGodKing.

Steve Pikelny: Of course! I'm a big fan of the website, so I'm glad we could find some time to chat!

CG: First, I want to say how blown away I am at this project. You shared a preview website with me, and I was immediately taken with its variety and depth. I must have spent 20 minutes cycling through different CryptoGodKing iterations. It's quite transfixing!.

SP: That's great! 20 minutes sounds like a good amount of time to get a feel for the CryptoGodKing landscape. I think the fun thing about this sort of "micro genre" of generative and collectable NFT art is seeing how all the iterations of a piece interact with each other, so streamlining that viewing process was important to me.

CG: Absolutely. Are there any particular reasons you find that so important?

SP: I guess I'm just drawing on my personal experience of viewing similar projects when I was first introduced to it. I didn't really "get it" at first. I'd look at maybe one or two iterations, I'd be unimpressed, and I'd go about my day. But what I didn't realize is that a lot of these projects only start opening up after you experience at a lot of them and get a sense of their variation. A single CrpytoPunk, for example, isn't very remarkable -- maybe it's just a boring pixelated image of some bald guy. But what makes it arguably the best NFT of all time is the fact that there are thousands of iterations and only like eight of them are bald with 0 attributes.

And conversely, there have been some of projects that I was immediately drawn to from viewing one iteration because its aesthetic immediately jumped out at me. But then after looking at a few more iterations I realized there wasn't much variation. So those got boring pretty quickly.

With CryptoGodKing I really tried to strike that balance between breadth and depth, where any one of them stands alone as a cool piece, but viewing a lot of them side by side adds to the experience and gives each of them more meaning.

CG: You mentioned to me earlier that you're not allowed to talk about specific probabilities of different features, but I was hoping you could talk a little bit about you think about variation.

SP: I don't want to ruin the fun by going too in depth, but the code is structured into three high level buckets: color scheme, background, and foreground. And each bucket has a mix of boolean parameters (for example, should it display the pupil in the eye?) and ranged parameters (like what the stroke weight on a background pattern should be). Then it becomes a game of deciding which features should be rare and which should be common... which is a lot harder than it sounds!

In terms of the economics, you want the common features to be strong enough to carry the project. These are the things that will get the most airtime, so to speak, and will be the main thing people use to form an impression on the project. But at the same time if you have something really special you don't want to saturate the population. And picking those rare features is hard because making them uncommon means that way fewer people will get the chance to experience them. But at the same time you get more of a "pop" factor. When crop up they end up having a much greater emotional impact.

It's also hard to determine what constitutes a "feature". It's easy enough with the boolean flags. The pupil is either there or it's not. But the ranged parameters give rise to all sorts of emergent patterns and interplays that I hadn't even considered. I've definitely come across plenty of iterations in testing that wouldn't be very remarkable on paper, but really stood out because of the uniqueness of that specific pattern.

CG: That's interesting because a lot of collectors are driven by this cold, calculating drive of looking at a list of OpenSea feature lists and crunching the numbers to derive rarity.

SP: Don't get me wrong, I love crunching numbers and the investor in me finds a lot of comfort with numbers on my side. But frankly I think it's kind of dumb way to value art.

CG: That's actually a good segway into my next question: It doesn't look like you made it very easy for collectors to crunch the numbers! Looking at CryptoGodKing #0, the feature names and project description seem to be a more literary interpretation of the work as opposed to the sort of dry artistic-statement-type copy I usually see. Can you elaborate on some of the themes you're trying to bring out here?

SP: Sure, I guess the short version is that I'm exploring the idea of subjective value by examining the relationship between religion and financial assets.

SP: Well, I think one of the most interesting things about NFTs, and crypto-based assets in general, is how people ascribe meaning and value to them. Because at the end of the day what exactly do you own? A hash. When you really take a close look at what an NFT actually is, it's technically just a public acknowledgement that some cryptographic address is associated with a hash, and that this cryptographic address has permission to transfer that association to another cryptographic address. So on the face of it nothing interesting is really happening here. But people don't view it as flipping bits. People view it as owning, collecting, and trading digital assets. They crave the social status associated with dropping a lot of money on a popular piece, or with staking out their taste in an unknown artist before they become popular. Or they just find a deep personal satisfaction in collecting because it strengthens their sense of identity. So even though we're essentially just flipping bits, people build these elaborate social and personal narratives around what it means to "own" a token, and they derive real-world, non-digital joy from that.

So if we look at other places where people create meaning and value (either socially or individually) without basis in physical reality we end up with religion and currency. Both of these fundamentally rely on faith -- the faith that God exists in the case of religion, and the faith that other people will accept the currency as payment in the case of currency. And people form all sorts of emotional connections to these things, and even build their lives around them.

CG: Yeah, and I've even heard of things like Bitcoin and GME stock described as "faith-based assets" because their market values are built around the idea -- the faith -- that someone else will buy them at a higher price later on.

CG: So, is the pyramid an accident, or does it imply that you think the entire art market is one giant pyramid scheme?

SP: Haha, I mean, that wasn't exactly what I was going for, but it kind of works! At the end of the day you're free to ascribe your own meaning to the piece, so if that's where your mind goes then I support it. But I chose the pyramid because I love the aesthetics of the Eye of Providence/All Seeing Eye. As you probably know from friendworld.social and fakebullshit.news I'm a big fan of conspiracy theories, and the "Eye" has sort of become a symbol of them with the Illuminati connotations.

But for the sake of this project I chose it for a few reasons: There are several variations you could play around with in a generative art context, it has immediate connotations to currency because it's featured prominently on the back of the $1 bill, and it's fundamentally a religious symbol that represents God watching over humanity. And if you look closely there are plenty of other bits of psychedelic religious/currency symbolism in there.

CG: Speaking of friendworld and fakebullshit.news, along with ronamerch.co and (of course) fastcashmoneyplus.biz, most of your previous work has revolved around this elaborate, interconnected network of content that really plays with reality and authenticity in interesting ways. Do you have any plans to somehow connect CryptoGodKing to this network?

SP: That's a good question. I'll probably find some way to incorporate it. I did build this entirely fake crypto art website just so I could publish a fake interview with myself to make it seem as if I had more artistic credibility. So maybe I'll slip this into a few friendworld ads.

CG: Sounds good! I'm looking forward to seeing ow it turns out. I think that's it for today, Steve. Thanks so much for joining me! It's been a real pleasure!

SP: Likewise! Thanks for having me!